COACHELLA VALLEY, CA — Amid the public health emergency that shuttered large swaths of the local economy, May 2020 unemployment rates were higher in most Coachella Valley cities and unincorporated areas compared to county and state numbers, according to figures released Friday.

The Riverside County jobless rate was 15.8%, while the state was at 15.9%, according to the California Employment Development Department.

May figures for the Coachella Valley:

The county’s May rate was over 12 percentage points higher than the year-ago level, when countywide unemployment stood at 3.6%.

The EDD’s online database, which supplies regional metrics that begin in January 1990, indicated in April that the last time the jobless rate was close to the current high mark was in July 2010, when 14.5% of the county workforce was unemployed at the tail end of the Great Recession.

Unemployment claims nationally have been in a downward trend for the past three weeks, indicating the broader economy has begun to bounce back after a relaxation of public health controls tied to COVID-19 in many parts of the country, according to the U.S. Department of Labor.

With the COVID-19 regulatory bar lowered in Riverside and San Bernardino counties in the latter half of May, economists expect the Inland Empire’s business sector to reflect growth as summer progresses, and according to data, most sectors have already turned the corner.

Locally, Desert Hot Springs had the highest unemployment rate countywide at 23.5%, followed by the unincorporated community of East Hemet at 23.2%, and Highgrove at 22.9%.

The combined unemployment rate for Riverside and San Bernardino counties in May was 14.9%, up from 14.7% in April, officials said.

Bi-county data indicated payrolls shrank by the widest margin last month in the public sector, which shed 5,600 positions. Additional losses were recorded in the manufacturing industry, which lost 1,000 jobs.

However, except for the information technology sector, which was unchanged, other segments of the economy went positive before May ended.

The construction sector expanded by the largest amount, adding an estimated 10,500 jobs, while the professional and business services sector’s payrolls swelled by 5,300, and the leisure and hospitality industry saw 4,400 people back on the job.

This article originally appeared on the Palm Desert Patch 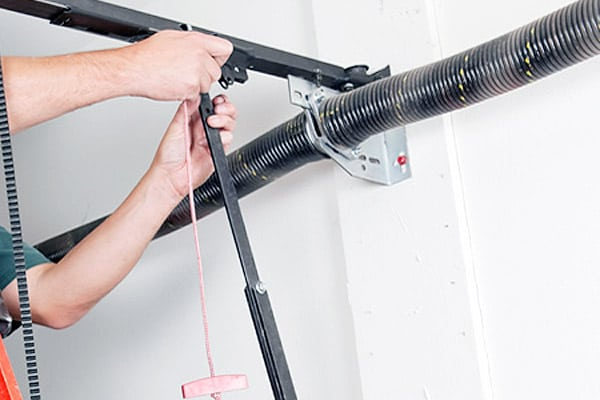